At a Parish Council Meeting in 1997 the proposal for the Millennium Green was put forward as a way for Soulbury to mark the turn of the Millennium.

A group of Soulbury residents was formed.  Ideas and plans were suggested, their individual merits discussed and then decisions made as to the best possible way that a 3 acre field on the Stewkley Road could be transformed to create a natural area with a recreational aspect to it.

The main priorities were to ensure the area was not destroyed of its own natural beauty and resources.  Great care was taken not to the upset the existing physical features of the field which included the pond and the hedge which divides the main area of the field and the annexe.

A playpen for toddlers, an outdoor stage area and a patio near the natural pond was agreed upon, to encourage the residents of Soulbury to use and see the Millennium Green as a place of recreation.

Once the preliminary designs were decided upon, plans and sketches were made and the committee held two public meetings in March and April of 1998 to show them and to allow for the villagers to have their say.

In the July of 1998 the landowner of the proposed Millennium Green site agreed to the committee holding an awareness evening to allow the villagers to walk around the field and see the finalised plans, after which many showed support for this Millennium Green project.

In August 1998 the sale of the land to the village was complete and the Millennium Green was a reality.

At this time the Millennium Green Trust was formed.  Those who had helped in the early stages were still on hand to assist where and when asked.  Work was now able to commence.  Many hours and dozens of volunteers, including recruits from RAF Halton, under the direction of Liz Miller helped to create the Millennium Green as you see it now.

Contractors laid the hard pathway and tarmac at the entrance to the Green.

Work finally came to an end in the summer of 2000, in time for the summer fair which was held in June and was a huge success.

The Millennium Green project was funded through the Millennium Commission via the Countryside Agency with Lottery funds.  This was a scheme which provided 50% match funding to communities wishing to create a millennium green in their localities.  Our application for this match funding was accepted.  The funds to match the grant came from fund raising events run by the trust, private one-off donations, company sponsorships and other grant bodies.  In all, a total of £72,000 was spent creating Soulbury’s Millennium Green. 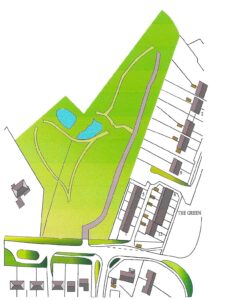 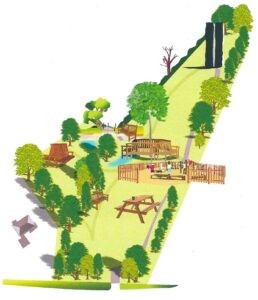